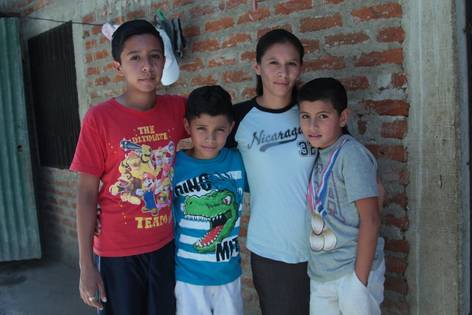 In the educational area, 37 boys and girls and adolescents are integrated into the formal education system, out of which seven completed elementary education. In addition, 97% of girls, boys and adolescents were promoted to the next higher level. Regarding academic performance, 67% concluded with advanced learning in a satisfactory manner.

In the health area, 79% of girls, boys and adolescents are in a normal range in their nutritional chart, as well as their weight and height. 100% have their medical controls. 100% of girls, boys and adolescents have an individual development plan (PDI and PDV) advancing according to the planned goals. The girls, boys, adolescents, young people, direct care givers and technical team participated in a comprehensive process for prevention, healing, and intervention, in the approach of self-elimination behaviours with the support of external experts in this subject. A Guide for the Prevention and Intervention of Suicidal Behaviour was constructed, which will be validated in 2018. They also participated in the process of comprehensive education in sexuality and gender.

100% of boys and girls participated in swimming, theatre, soccer, mural and computer workshops, standing out in the swimming school and obtaining first places in the different styles. These courses allow them to have a leading role, as well as interact with other boys and girls in the community. Cristopher comments: "Our soccer team is the best, we practice a lot to win the matches, we are champions."

The "Club of adolescents and young protagonists of our lives" was formed, a youth organization focused on guaranteeing youth participation and the promotion of rights. Participation in a national camp for the creation of a national youth network Red Mega Joven was achieved. Rosycela stated: "This year there has been important changes in my life and I feel that the workshops that we have received have helped me feel more secure and know how to face situations of daily life".

66 family reunions were developed with the objective that children and adolescents participate in the decision-making related to their development and also to talk about aspects that concern the members of the SOS family, discover new ways of relating to each other and re-signifying the lived experiences.

Other Support modalities (Family reintegration with assistance, families of affective origin): In other modalities of support to the Family of Origin, Family of Assisted Origin and Assisted Affective Family, attention was given to 24 girls, boys and adolescents. This care is developed according to the Integral Plan within the framework of the Right of children and adolescents to live as a family, in coordination with the Ministry of the Adolescent and Childhood Family. Currently, the coverage of families attended corresponds to six families in family reintegration with support, eight families of assisted origin and one family of assisted care.

The participation of families in Family Counselling allows actions from a systemic and legal approach, where families are strengthened in healthy parenting practices based on care and protection of children and adolescents, as well as the promotion of their basic rights especially in health and education. Sergio, an adolescent reintegrated with his biological mother comments: "While I was in the Children's Village, I had a great time, I had many friends, but living with my mother is the best, I continue doing the same, I go to soccer and school, but now I see to my mom every day and that makes me happy." 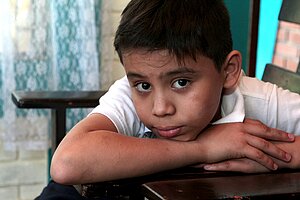 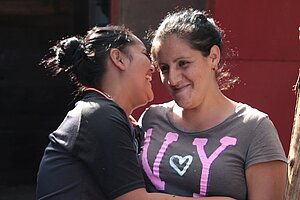